Maryse Ouellet Too Hot For PG WWE, No Plans On Joining TNA 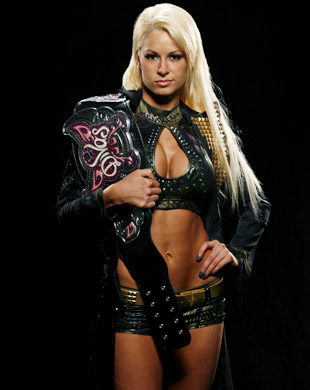 – RegardingÂ MaryseÂ Ouelletâ€™s departure from WWE last month, theÂ Wrestling ObserverÂ reports that company officials had been looking to cut ties with the French-Canadian glamour model for over a year since she did not fit their commitment to wholesome, family-friendly, PG content. Her â€œhistory of non-PG activityâ€ was of concern to WWE executives,Â The ObserverÂ notes.

Ouellet was not initially endeavored due to her relationship with The Miz. WWE parted ways with Ouellet shortly after she asked to be released from her contract.

Â Friends of Ouellet say she lost interest in performing for WWE over the past year and was ready to move on to the next chapter of her life. She announced this week plans for a fashion and accessory line calledÂ House of Maryse. She also plans on returning to glamour modeling and has her sights set on posing forÂ Playboyagain. WWEâ€™s decision to release Ouellet was also fueled by the expectation that unlike Gail Kim, she will not cross over to TNA Wrestling. She confirmed last week during a red carpet interview that she has absolutely no interest in joining Americaâ€™s No. 2 promotion, let alone continuing wrestling.

This site uses Akismet to reduce spam. Learn how your comment data is processed.

– Tonight’s WWE RAW opens up with a graphic in memory of “The Natural” Butch Reed, who passed…
Read More