Overall, I’d grade Raw 1000 a B+. The show was very entertaining and eventful, but the night presented three head-scratching moments for me.

If these issues didn’t exist, the show would have been an easy A.

Let’s do this the opposite of a corporate America job evaluation. Instead of leading with the positives, let’s hit the crappy stuff first. 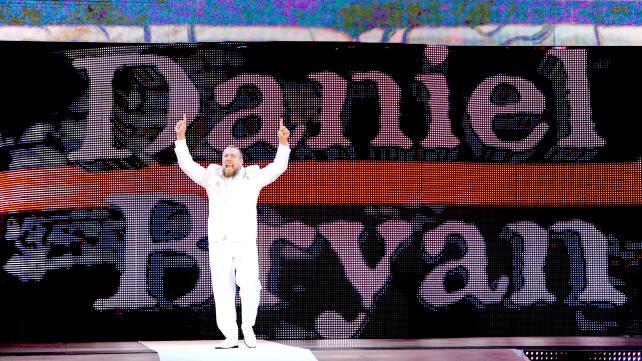 The worst moment of the show was the Daniel Bryan and AJ segment. The wedding could have been the scene for one of the most memorable events in WWE history.

Instead, it was turned into a disconnected farce that resulted in AJ becoming the new Raw GM. AJ is a marvelous performer and very easy on the eyes, but this was a shameful and exorbitant over-usage of the company’s hottest star.

I’m hoping this isn’t the beginning of the WWE making us hate the sight of someone so beautiful and charming. But I can totally see that happening at this rate of weird usage.

We’ll see if there is a way to spin this in an entertaining direction, but as of now, I’m not optimistic.

We Didn’t Need the Rock Star From Mars 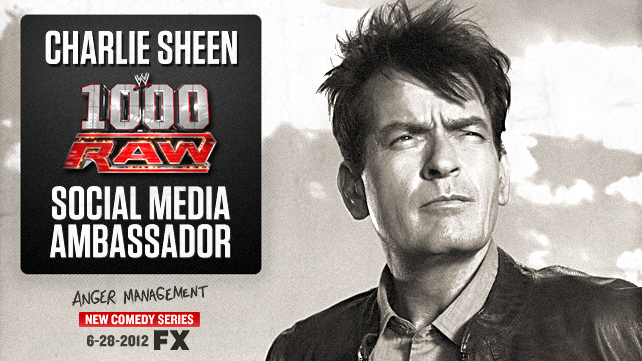 Another absolute miss was the inclusion of Charlie Sheen via video-conferencing from a foxhole. OK, he wasn’t in a foxhole, but the Skype image was blurred and Sheen seemed preoccupied and disconnected from the proceedings.

His needling of Bryan seemed to come out of nowhere, and his presence seemed forced to say the least. He should have been there or replaced by someone who was.

I get that he was the social media ambassador, thus his mobile or remote participation, but an appearance at the end of the show would have been more impacting.

No Stone Cold? No Stunner? No Hell Yeah? 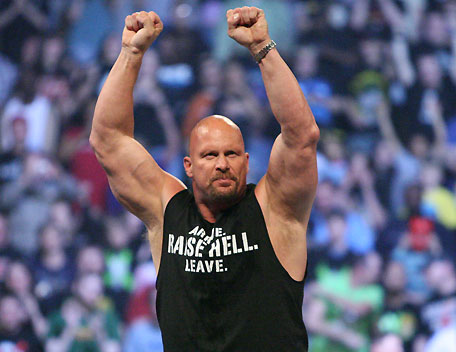 This was like having a graduation ceremony without a speech from one of the class” top students. Stone Cold Steve Austin‘s absence was clearly the biggest omission from the event.

Sure, I would have liked to see Booker T, Ric Flair, Hulk Hogan and Kurt Angle there, but none of their presences would have meant as much as Austin’s.

Austin and Raw are synonymous with each other. He experienced the height of its popularity, and many of his signature moments came on the show.

It really was a shame that he wasn’t there.

Now for the positives 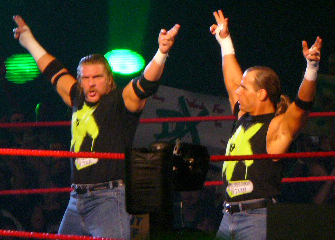 Degeneration-X kicked off the show in grand fashion. They were entertaining, energetic and set the tone properly for a star-studded show.

I missed not seeing Chyna there, but it’s understandable considering the recent news surrounding her (TMZ.com). But she did offer some thoughts on her Twitter account:

Someone needs to introduce Chyna to a tweet-extending app. She went on to say this through about 9,000 more separate tweets:

I am very proud to have played a role in the history making event that Raw is. I have many found memories from my time there.

To all the WWE fans, Thank You for welcoming us into your living rooms each week and into your lives. We are who we are because of you.

People have asked me about Eddie Guerrero many times. I would like to keep my memories of him to myself.

However, for this event, let me say that Eddie was a talented performer & a very good friend. He always made me feel special in the ring.

R.I.P. to the great Eddie Guerrero. I love you and miss you from you’re “Mamacita”, Chyna

As for Degeneration X, the most powerful group in the history of the WWE, I am very proud to have been a part of that.

And if you’re not down with DX, I have two words for you: SUCK IT! XOXO!

Even without Chyna, this was still one of the highlights of the show.

Legends From the Vault 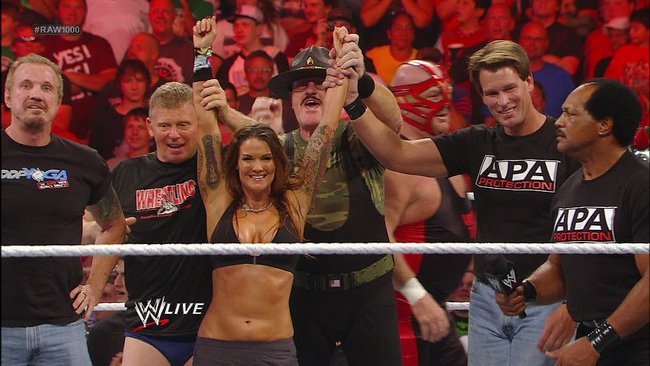 Bret Hart‘s appearance was epic—even though he did look too much like Randy “The Ram” from the Wrestler. Seeing him in the ring and his mentioning of Mr. Perfect were awesome.

The group of legends who came out to defend Lita against Heath Slater was awesome as well.

Bradshaw looked like he could still be an active superstar. The clothesline from hell is still the best lariat in the business. Lita looked especially scrumptious and in-shape to outclass every Diva on the current roster. 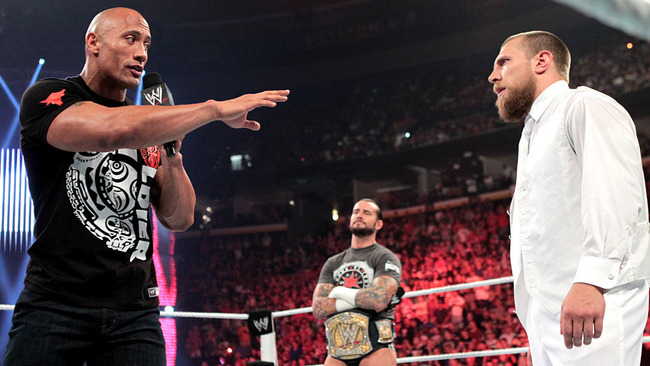 Every time The Rock makes a WWE appearance, he proves he is the best ever. He seamlessly blends into the storylines, and athletically, it always appears as if he hasn’t missed a beat.

He did that again last night, delivering an awesome promo with Bryan as the butt of his jokes.

The angle with the WWE title was great, and considering the tweet below was retweeted six times, the Rock is still the man in the WWE

Undertaker and Kane Together Again 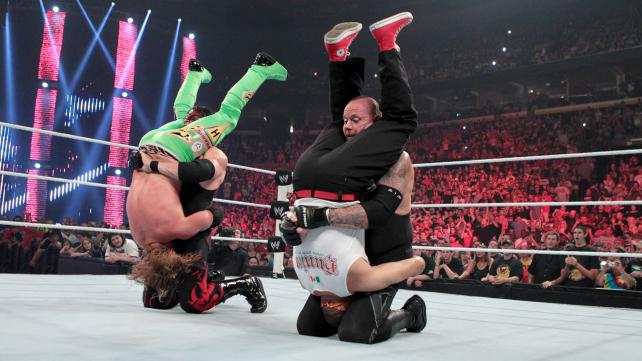 It was great to see the Taker return but even better to see him in the ring with Kane. They only disposed of a group of jobbers, but it was the acknowledgement that mattered.

This makes me wonder if we’ll ever see the Undertaker again in the ring. I’m still hoping for one more WrestleMania. 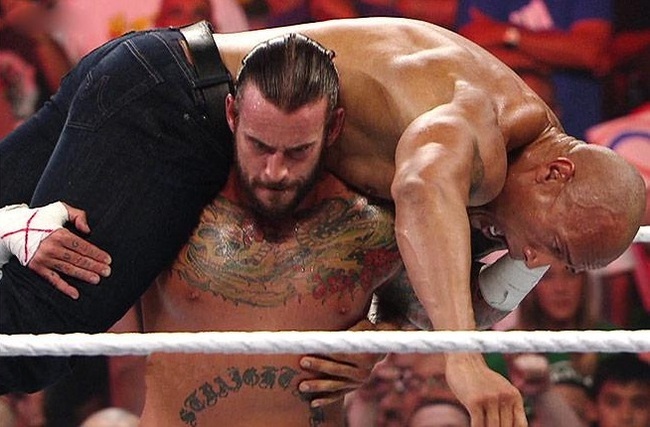 Punk showed his versatility, presence and acting chops Monday night. He executed his wrestling persona swap with perfection, and his work should be recognized.

It became increasingly obvious through the night that something weird was happening, but Punk played it great.

I’m predicting a Triple Threat Match for the WWE title at the Royal Rumble. The Rock, John Cena and Punk have been linked now, and Punk’s GTS on the Great One will certainly be revisited.

Cena was given the unofficial edge over Punk Monday night, so he has to remain in the picture. Their match could be classic, and this event was a great way to end the show.

This site uses Akismet to reduce spam. Learn how your comment data is processed.